Posted on October 21, 2014 by gratitudeactually

In light of starting my first ukulele lessons this past week, I had heard about the first annual Marianas Ukulele Festival last week and knew I had to go. I ended up staying almost the whole afternoon since it was just such a nice relaxing evening by the beach (with great music of course!)

The beach next to us on that beautiful day! 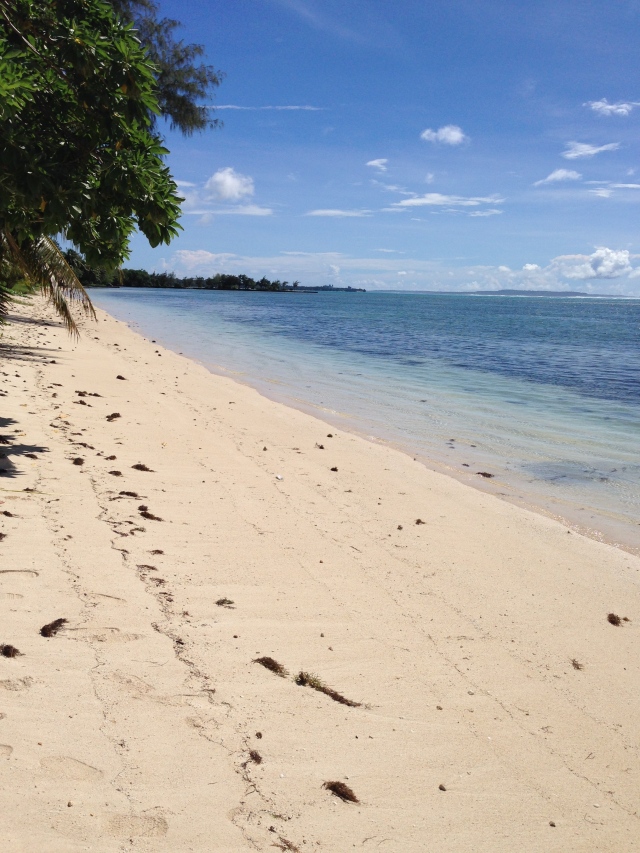 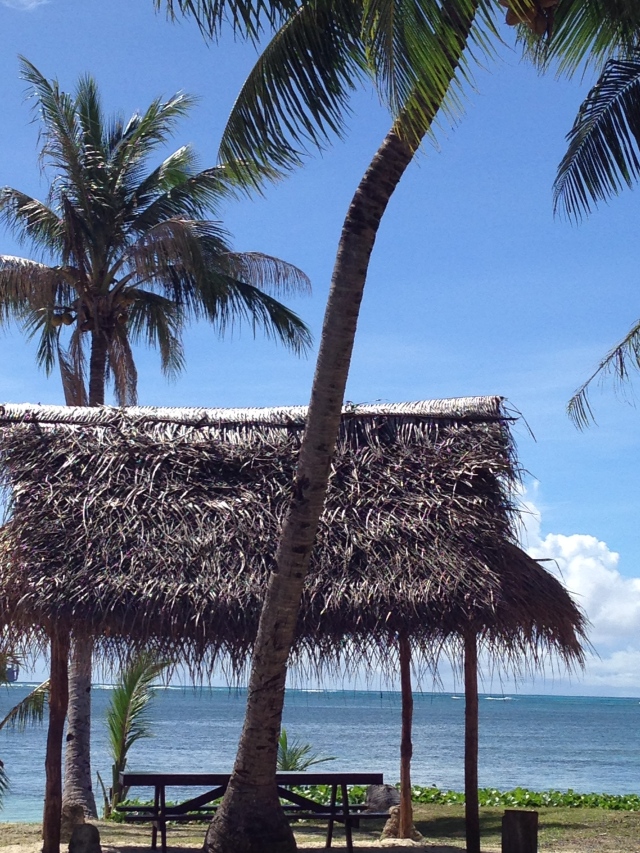 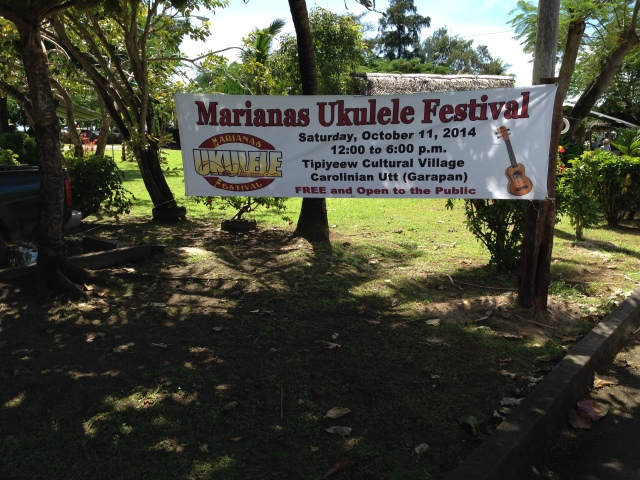 It took place at the Tipeyeww Cultural Village which I actually have driven by many times but had not visited. It’s a great little patch of grass right in the middle of Garapan (the main ‘city’) behind the basketball courts.

There was a banner up at the utt (traditional local building) and it served as the coordinating center for the festival. There were a few catering companies nearby selling food (and cotton candy — which I purchased as if I was a small school child! – It was ridiculously sweet which reminds me that I’m not a kid anymore but still fun to eat) as well as a few tables setup with a few traditional baskets and things to sell. 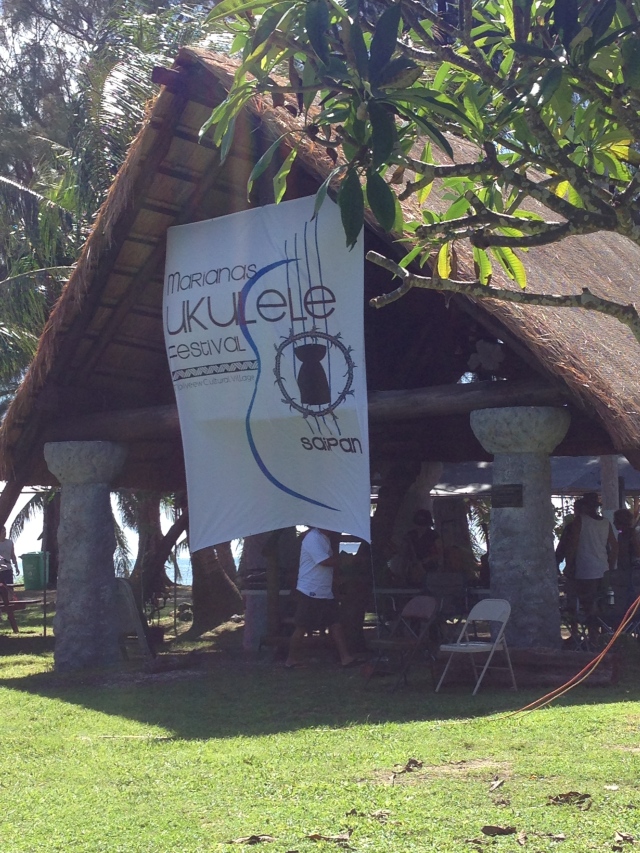 The main event was the stage and there were acts large and small performed one after another. I came about two hours into the event and most of the acts performed 3-4 songs. They were a combination of solo acts with singing or group acts (many times families that performed together) showcasing different styles of ukulele playing. 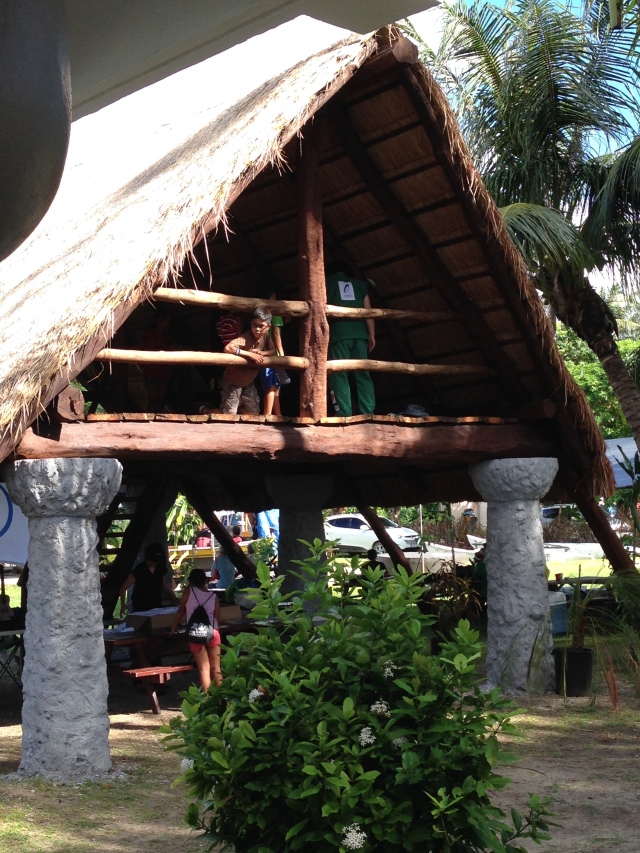 (Here’s a view of the utt from the back — the pillars holding it up are replicas of latte stones, which is featured on the CNMI flag.) 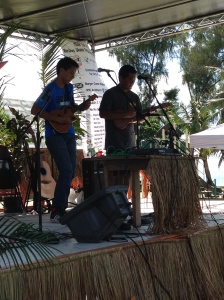 One of the things I learned in my first ukulele lession was the proper pronunciation of ‘ukulele’ and the possible origin of the word. Ukulele’s were made in Hawaii after seeing the Portuguese arrive on island many years ago with a similar shaped/sized wood instrument. It is a Hawaiian word pronounced ‘oooh-koo-leh-leh’ NOT ‘You-koo-lay-lay”. I actually have to still correct myself all the time to pronounce it right because I think the American way of pronouncing it is so engrained in to my head. 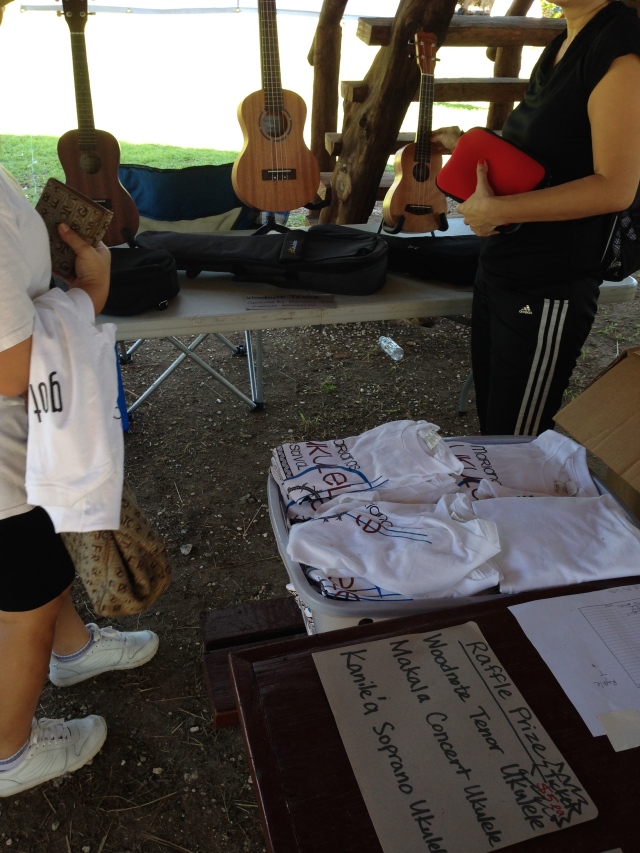 Here are some uke’s that were being raffled off to raise money for next year’s festival. One of the acts included some of my friends doing a bit of a dance which was a nice surprise. Here’s a short clip.

In addition, there was a famous Japanese ukulele player known by his stage name JazzoomCafe (MVP winner of the 2011 International Ukulele Competition) who headlined the event. He used to be a mixed martial arts fighter and so he wears his former gear as part of his stage persona. 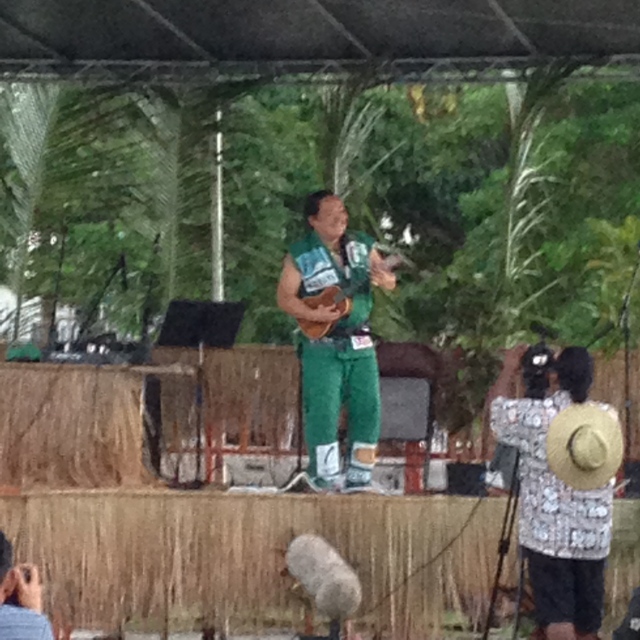 He performed as the sunset and I caught a few pictures of the sunset as he did his set. Of course, there were some tourists there taking silhouette pictures too! 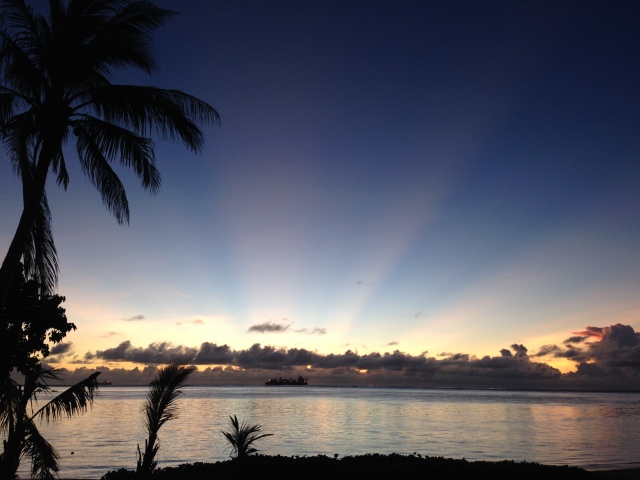 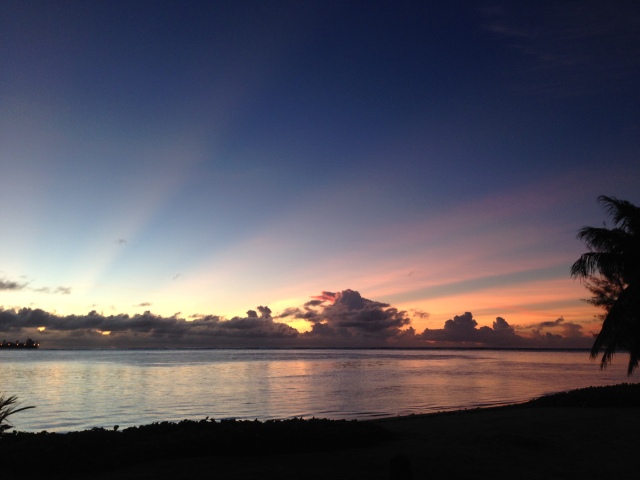 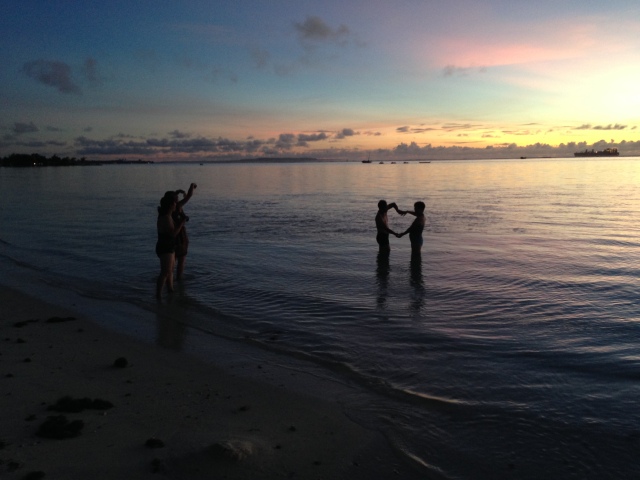 Honestly, the afternoon flew by with the performances — and it helped that there was a nice cool breeze. It inspired me to get back into music — perfectly timed to start my weekly group lessons this week. We’ll see if maybe next year I can participate in the festival or not!

Up next: I’ve arrived Tinian and am updating this post from the clinic. More to come soon!